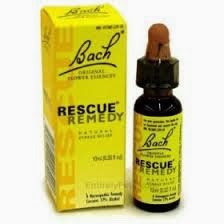 Interesting day, today. I woke up really early (3.45am) to catch my flight to Amsterdam to give my talk at the Chemometrics Workshop. The cab got me to the airport early enough so that I could clear security, have a coffee and slowly make my way to the gate.

But when I arrived there, I realised that before leaving home, on the spur of the moment, I decided to take a different jacket $-$ you know, just to stir things up a little. Too bad that I had left my passport in the jacket that was at home… But, no matter; after all I still have my Italian ID card $-$ I don’t often use it, but surely that would come to the rescue and allow me to board my flight. Except that it was kind of expired (well $-$ “kind of” meaning expired two years ago). And so they kindly escorted me outside the departures area.

At which point (it was about 6am), I decided it was time for desperate measures and called home. Thankfully, my sister-in-law Sara is visiting, so, I thought, if I can get Marta, she could come and bring me my passport and XY won’t be alone at home. So all will be fine. Except that, of course, at that point I had missed my flight. But they assured me that the next one would still get me to Amsterdam on time. So I just needed to pay a reasonable “recovery fee” and get the passport in time to re-do the check in, re-clear security (and possibly re-take a coffee).

I can’t really blame her, but it was kind of difficult to get hold of Marta and I had to ring quite a few times before she actually picked up the phone. And of course, she was quite upset too! (You know the kind of sleepy voice that basically sounds like: “I would probably kill you and then leave you if you were here”). But again, I don’t think I can really blame her… Anyway, thankfully, enter super-wife to the rescue! She drove the 45 minutes from our house to the airport and managed to get me my passport on time.

Oh, did I mention that the flight they told me would get me to Amsterdam on time was actually full, so they couldn’t rebook me on that one? Yeah $-$ that happened too… Luckily, just when I was about to give up, I thought I’d check with British Airways; I was half expecting they would ask charge £100,000 but in fact I only had to pay just a little more than the “recovery fee” would have been, so I bought a one-way ticket.

In the end, I did manage to get to Utrecht on time. The talk was scheduled for 11.15 and I got to the conference centre with well over 10 minutes to spare! Because I didn’t want to miss on any of the possible excitement of the day, I also witnessed a robbery on the train from Schipol $-$ an American guy got his backpack stolen by a lovely-looking (but clearly evil-acting) lady when the train stopped at one of the stations along the way.

By the way, the talk went well, I thought. It was probably a bit too long and I had to cut one of the examples short, but people seem to have liked it and asked me quite a few questions. I’m at the airport now, waiting to board my flight back home $-$ assuming I still have a home, that is. I did buy chocolate in the hope of placating my lovely, forgiving other half…