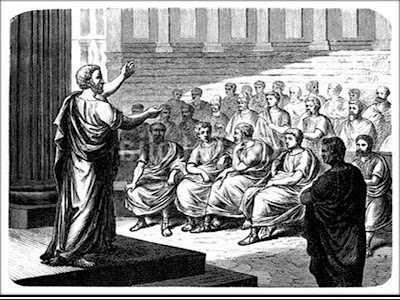 A couple of weeks from now, I’ll be in Athens for a few days — Nikos and Ioannis have invited me to give a seminar and spend some time there to talk about possible common interests (of which there are quite a few…).

I’m looking forward to my little trip (I’ve booked what appears to be an awesome airbnb little apartment in the center of the city — I’ve been to Athens before, but not for quite a while, so it’ll be good to be back!). My seminar will be about, shockingly, “Bayesian methods in health economics” (not dissimilar to the one I gave in Paris, last year). But I think on this occasion, I’ll make a bigger deal of the issues in modelling for survival data in cost-effectiveness analysis.

The guys have been nice enough to start advertising the seminar, although my name got mis-spelt. Wouldn’t be too bad, normally, but as is, it sounds too close to something else, which I’m not really a great fan of…

And speaking of (well, not really speaking of… more “bringing up for no real reason”) politics, I have also been invited to talk to a session on “The future of forecasting elections; Surveys, Bayes and the Machine Learning craze”, which has been accepted for the next conference of the Royal Statistical Society. I think there’s some work in which I’m involved that may be interesting to present then, but I’ll also certainly speak about the election forecast model I did last year.